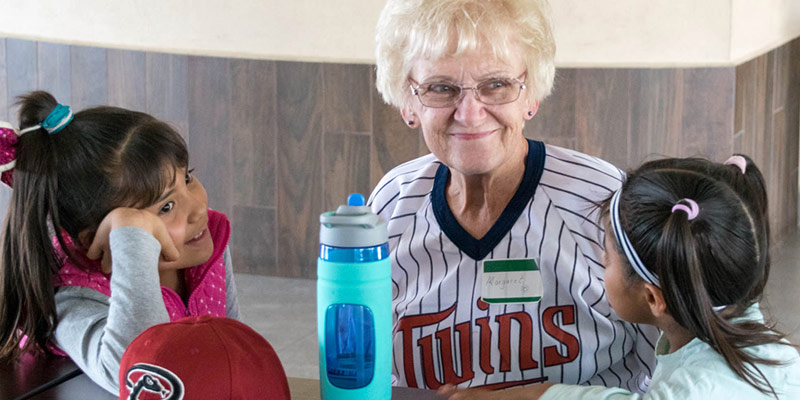 In more than 20 years of ministry we have seen an array of visitors pass through our doors and we continue to be amazed!

Margaret Wilcox celebrated her 78th birthday during her first-ever missions trip to Puebla, Mexico. She opened her heart to our staff and shared the obstacles that almost impeded her dream of going on a missions trip. Prior to the trip, Margaret had insisted that she would not be a valuable asset to the team. She even threw out her preliminary paperwork after meeting prospective team members 20, 30, even 50 years younger than herself. However, her teammates and her Lord persisted. As she later spoke of her decision to participate, her words were loaded with joyful victory as she humbly recalled accepting her team members’ encouragement to “just be willing.”

After seeing the impact Margaret had on the kids as well as the staff, it was clear that God was delighted to use her willing heart and fulfill her lifelong dream.

Learn more about how God can use your willing heart on a short-term missions trip.