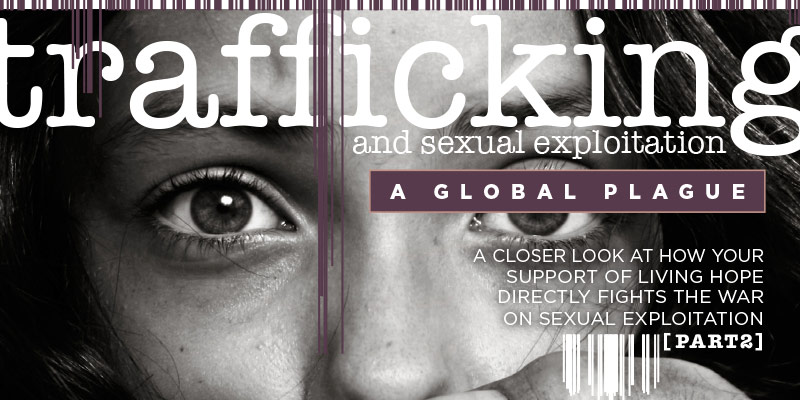 A closer look at how your support of Living Hope International directly fights the war on sexual exploitation.
[PART 1] [PART 2] [Part 3]

“Do you swear to tell the truth and nothing but the truth?”

The solemn words seem to hang suspended in the courtroom. The seven-year-old’s eyes dart over to look at her older sister, pleading silently for some form of reassurance that everything would be okay. Her sister refuses to lift her gaze from the dirty floor. She turns slightly to look at the judge again, squirming behind the hollow wooden divider. With eyes wide, she nervously swallows, parts her lips and speaks a soft “yes.”

Four young siblings were testifying against their own mother in a case in which their beautiful sister had been tragically sold and grotesquely lost to sex trafficking. Not only was it to bring justice for their sister; it was for the protection and safety of the rest of their family, preventing them from becoming the next victims.

Many of the children currently living at EV have testified or bared witness against family members for sexual crimes and exploitation.

Although each case is different, it is often due to lack of education, poverty, and downright desperation that leads family members, and even parents, to sell their children into the sex trade. In Mexico, an estimated 20,000 children, not including foreigners, are trafficked through Mexico as victims of sex trafficking every year.

Through Esperanza Viva Youth Home (EV), two of the children from the previous account were rescued and have found healing and redemption in Jesus Christ. Since this particular case, we’ve rescued a growing number of children from this evil industry, who were living in brothels, used by those around them, and at risk of being stripped of hope forever. As EV continues to combat sex trafficking, we know that God is bringing us these children to both provide protection and to heal and empower them. Your partnership with LHI allows these innocent little ones to escape a life on the brink of destruction and find new life in Jesus Christ.