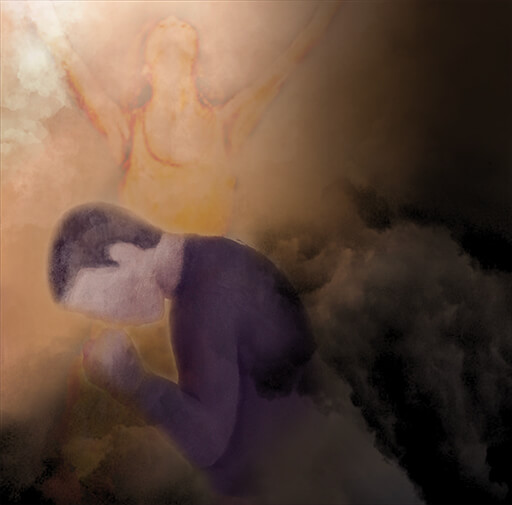 Forgive: one of the most difficult things for a human being to do. Why? Because it means letting go of an injustice that has been committed against you. It means releasing resentment, bitterness, anger from the heart and entering into freedom.

At some point in our lives, we all come face to face with the choice, or rather need, to grant forgiveness. For Carolina, it was her father… or lack thereof. The echo of his spotty and abusive presence reverberated daily through her heart and mind. In her formative and elementary years, she witnessed her father having only one emotion: anger, and it was always directed towards her and her family. When Caro and her brother arrived at EV in 2006, her father would visit them infrequently, but both of the children struggled with even wanting to see him.

For both our EV children and readership alike, past injustices can seem too many to number. Oftentimes, the easiest way to deal with it is by simply dragging their memories around, but in doing so we give injustice a free pass to wreak havoc on our mind, body, and soul, leaving us with deep scars and angered hearts, and an inability to truly grow. When we don’t forgive, we allow chains of resentment, bitterness, and anger to coil themselves around our heart and choke out the flow of freedom.

So what’s the answer?

We see in Luke 23:34, one of the greatest examples of forgiveness: Jesus. “Father, forgive them, for they do not know what they are doing.” Here, Jesus forgives first–without waiting for those casting lots for his clothing to ask Him for forgiveness. God asks the same of us: to forgive without stipulations or a preceding apology.

When Carolina was confronted with this hard-hitting truth during her time in La Viña, she knew it was time to choose total forgiveness. At her father’s next visit, she shared with him that she had forgiven him for everything. He broke down and cried, they hugged, and she shared with him about the love of Jesus. Once ashamed of sharing her testimony, Carolina now recognizes the redemptive power of forgiving like Jesus did. She is now a supervisor at EV, and shares this revelation with the freshly scarred lives of the little girls in her dorm, as a testimony of what freedom looks like and how it has truly changed her life.

And forgive us our debts, as we also have forgiven our debtors. And lead us not into temptation, but deliver us from the evil one. For if you forgive other people when they sin against you, your heavenly Father will also forgive you. But if you do not forgive others their sins, your Father will not forgive your sins. Matthew 6:12–15

Previous Story
Building a Church and a Building Too
Next Story
Nations School Dedication: And Hope Does Not Disappoint