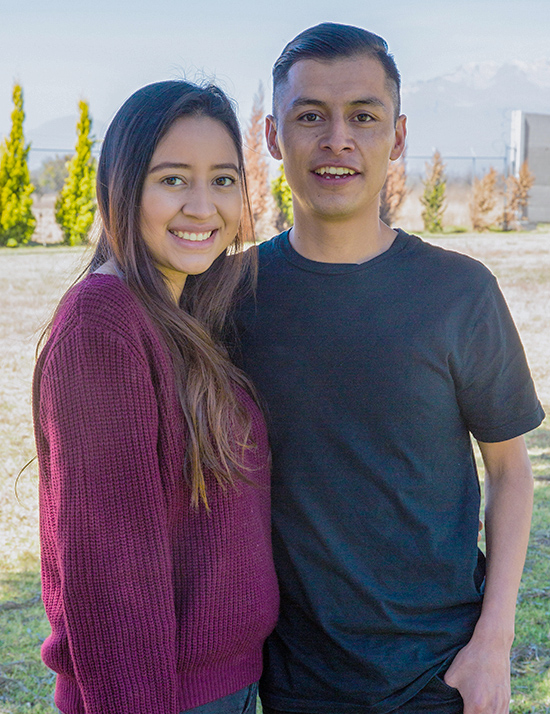 Miguel and Angie first met in 2015 while serving at Esperanza Viva-Puebla. Miguel graduated with a communications degree from a local college in Puebla, and uses his skills to serve in our multi-media department. Miguel originally came to live at EV as a child in 2004, at age 12. Angie, who graduated from Nations Ministry Institute (La Viña) in 2015, uses her administrative skills to serve in the administrative offices of Esperanza Viva and Nations Church. Miguel and Angie are both assertive, disciplined, and dedicated. They were married in November of 2019 and plan to serve in the ministry indefinitely, planting roots where God has called them. They make a great team as they faithfully serve in their respective areas.

Each Hope 24/7 National Missionary sponsorship is just $36 per month. Choose how often you wish to give.

Or if you prefer…